Edison’s dream come true – Thirty-two years ago the Wizard of Menlo
Park dreamed his great dream which has now come true Electric Light for Everybody.

When Edison invented the electric incandescent lamp, thousands journeyed to Menlo Park to see “the light that Burned without air.” Edison put a little paper horseshoe filament, that he had carbonized, into a glass bulb and pumped out the air. Next he passed a current of electricity through this horseshoe.

The Dream – As it glowed white hot, lighting up the room, another light glowed in his face, for he saw the revolution that tiny bulb would bring about in the world’s sunless hours.

But the first lamps of 16 candlepower used up 100 wafts of electricity. Slowly, as improvements came, the amount of light was increased. Six years later people thought the limit was reached, for the close of the first quarter century of Electric lighting was celebrated by the advent of the Edison Gem lamp. Using the same amount of electricity, it gave more than twice the illumination that first wonderful lamp.

The Revolution – Suddenly the invention of the electric lamp reveled the dawn of a new era in electric lighting unseen in the dreams of anyone – except Edison. This was the Tungsten filament lamp which instead of the original 16 candlepower or the fancied limit of 40 candlepower gave actually 80 candles of light from the same 100 watts.

This lamp almost materialized the Dream but the filament was brittle and the cost was high. Both these obstacles are now cleared away. First, a brilliant invention has resulted in the production of a drawn wire stronger than steel.  This wire is used to make the filaments in Edison Mazda lamps.

The filament or burner in Edison Mazda lamps is so sturdy that hundreds of thousands are in use under severe and trying conditions, even for lighting railway trains and automobiles?

Next of prime importance is the full advantage of the General Electric Company’s reduced cost of manufacture has been given to the public. And the present price of the perfected Edison Mazda lamp is about one half that of the first, brittle tungsten lamp.

The Dream Come True – So, with lower cost and a better lamp, Edison’s dream of the Sun’s Only Rival has come true. The waiting millions can now be served now that electric light costs so little and does so much.

Now you can have electric light in you home, your store, your office, your factory – at a price you have been waiting for, if you use the latest invention – Edison Mazda Lamp – made only by the General Electric Company. 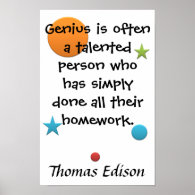 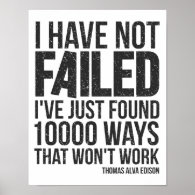 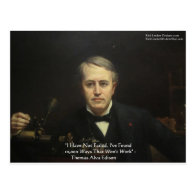 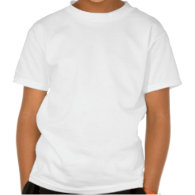